News Center >> Industry News >> What is a globe valve?

What is a globe valve? 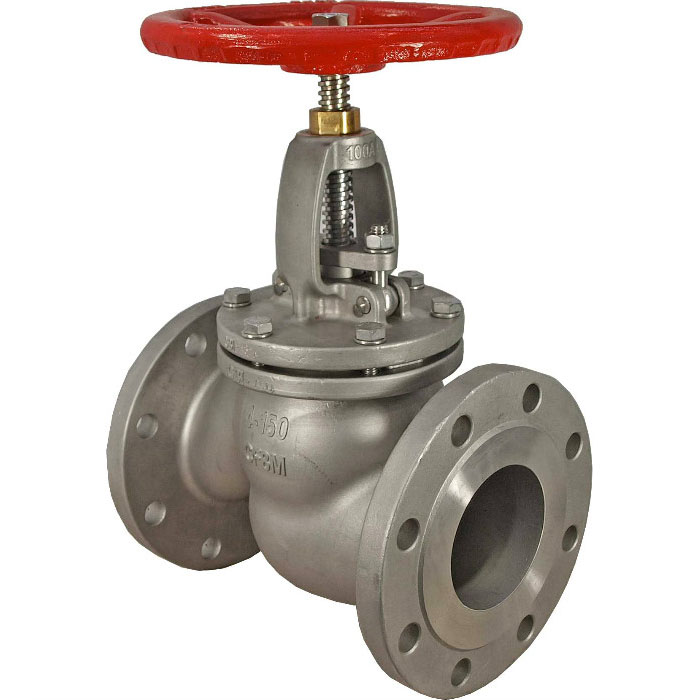 The globe valve, also known as the stop valve, is a conmon flow control device in pipelines. The valve end connection can be flanged connection, weld connection and threaded connection.

The opening and closing member of the globe valve is a plug-shaped valve disc having a flat or cone surface on the seal, and the valve disc moves linearly along the center line of the valve seat. The movement of the valve stem can be rising stem or non rising stem type. It can be used to control various types of fluids such as air, water, steam, various corrosive media, mud, oil, liquid metal and radioactive media.

Globe valve is well suited for shut-off or regulation and throttling. Due to the relatively short opening or closing stroke of the valve stem of this type of valve, and the very reliable cutting function, and because the change of the valve seat opening is proportional to the stroke of the valve disc, it is very suitable for the adjustment of the flow rate.

The globe valve is a forced seal valve so when the valve is closed, pressure must be applied to the valve disc to force the sealing surface not to leak. When the medium enters the valve from below the valve disc, the resistance to be overcome by the operating force is the friction between the stem and the packing as well as the thrust generated by the pressure of the medium. The force of closing the valve is greater than the force of opening the valve, so the diameter of the stem should be large, otherwise the valve stem can be bent.

Pre：What is the movement mode of gate valve?     Next：Characteristics and Working principle of the globe valve